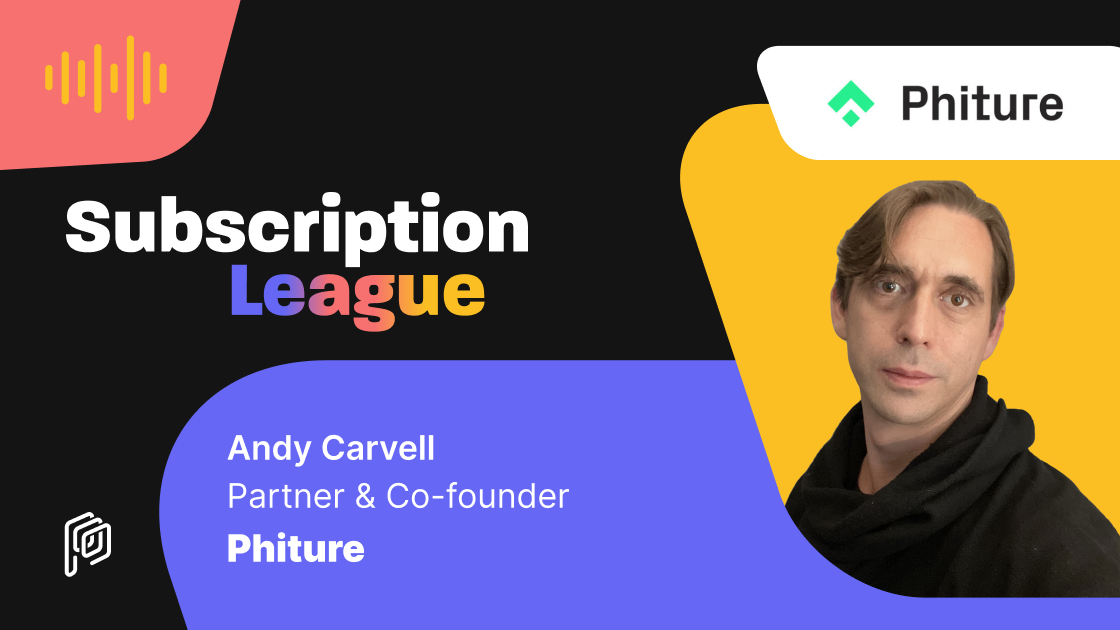 How to optimize mobile app subscription with Andy Carvell (Phiture)

The subscription economy will follow the downturn trend of the regular economy, and app publishers will have to work harder to bring in their next subscribers and keep them engaged. Listen to Andy’s recommendations for onboarding and paywall tactics.

As a long-time fan and a collaborator of the consultancy, we invited Andy to Subscription League Podcast for the second time to draw tips for optimizing mobile app subscriptions.

Andy is a Partner and Co-Founder at Phiture, a multi-award-winning mobile growth agency and one of the top 100 fastest-growing agencies worldwide. If you are occasionally seeking advice on topics around subscription optimization and growth, you might already be familiar with Andy's expertise, often referred to by the In-App Subscription community.

In the first episode of the podcast series, All about Retention, Andy shares some valuable insights on how to boost retention. This time, he focuses on paywall practice recommendations for the entire subscription journey.

The subscription economy exploded nearly sixfold from 2012 to 2021, according to the Subscription Economy Index by Zuora. But Andy believes the subscription economy is following the downward trend of the regular economy. With the widespread "subscription fatigue," which stems primarily from the ever-increasing number of subscription services and the mounting cost, app users will become more and more price-conscious. Although the change in consumption habits is not yet reflected in the number of longer-term subscriptions, app businesses should expect downward pressure on monthly subscriptions.

Such pressure on the app publisher side implies an increasing demand for subscription optimization services since bringing new subscribers and keeping them engaged is simply becoming more challenging.

The questions every subscription business must answer

Every subscription business must be able to answer the following questions to have a good handle on subscription analytics.

- How long does it take for a new user to get from an install to a subscription?

- If there's a trial period for each plan, what does that conversion rate look like?

- How do paid users retain over time?

- What are subscriber churn rates, and what are the reasons for that churn?

Answering these questions is a critical step toward making strategic decisions on where to focus subscription optimization efforts.

Suppose an app sees that the average time between an install and a subscription is as long as a week. In that case, it could be good to work on getting users to become subscribers quicker, ideally by bringing them into a subscription in the first session.

Apps should engage with users with varying levels of intent using different paywall content. For instance, they can try a more aggressive approach for users with higher intent because they tend to be more receptive to a direct sales approach. On the other hand, users at the bottom end might need more education about the app's value proposition.

For users who abandon payment, using promo codes or limited-time offers could generate a higher conversion rate, but apps should be mindful of the impact on margin.

It's okay to push it a little bit far

Many app owners fear that they will drive users away by pushing them up against any growth levers - push notifications, content recommendations, and, of course, paywalls.

App owners must not decide on their paywall strategies out of fear. What's important is to work with data - to monitor if showing paywalls many times increases subscriptions and the number of people abandoning the product. App store reviews are also an important gauge to measure the impact of paywall tactics.

Therefore, Andy's advice is to be a bit bold, push it a little bit far, and dial it back a bit when there are adverse effects on growth metrics. 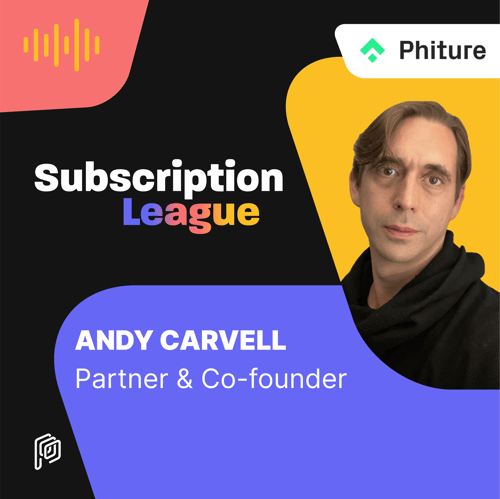 "I think everyone realizes that everyone's going to need to work a little bit harder in a downturn."

"I think two is probably a minimum for folks who are going to be subscribing rather than an average these days. I would guess the average maybe closer to three or four these days."

"So with those scary retention curves, there's definitely a high incentive to try and get people to experience the value of the app very quickly to understand the value proposition, and ideally to capitalise on any early intent to purchase or to try to generate some intent to purchase while you've still got the user's attention, which statistically is in the very first session."

"Push it a little bit far, and when you start to see negative effects in terms of your data in whichever metrics you're worried about being negatively affected, when you see that happen in a controlled test environment with a test group of users, then don't scale that version, like dial it back a bit."

Andy has over 20 years of experience in the mobile industry. His company Phiture, is a Berlin-based mobile growth consultancy and agency co-founded in 2016 with Moritz Daan with over 110 employees. Phiture consults clients around the globe on mobile growth topics, helping them develop and implement holistic mobile growth strategies.

Prior to Phiture, Andy led the user retention team at SoundCloud in Berlin. Andy published the Mobile Growth Stack in 2015, widely adopted as an essential framework for mobile marketers, which he continues to develop.

Go to SubscriptionLeague.com or subscribe to our podcast on Apple Podcasts, Google Podcasts, Spotify, Podcast Addict, Amazon Music, or wherever you listen to your podcasts.

#8: Uptime - How to build a successful user-first app strategy with Léa Samrani

#9: GP Bullhound - What venture investors look for in subscription apps with Eric Crowley

How to optimize mobile app subscription with Andy Carvell (Phiture)

Andy Carvell from Phiture focuses on paywall practice recommendations for the entire subscription journey and 4 escalating levels of subscriber...

An introduction to app experience optimization powered by Purchasely + Airship.