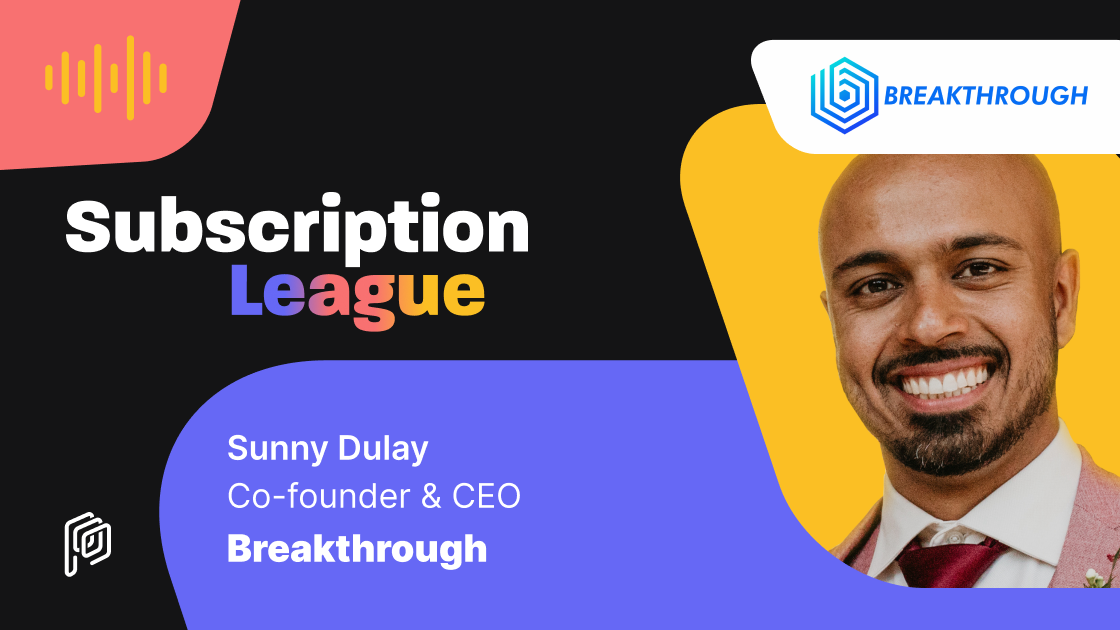 Breakthrough is an app development and management studio dedicated to helping fitness coaches to productize their activities into an app.

The company was founded in 2020 and has been growing exponentially since, delivering apps that hit the bull's eye of subscriber/end-user satisfaction. Listen to the episode to hear about

How Breakthrough was born

Before landing on his own startup, Sunny Dulay worked as a software engineer at various companies, from startups to unicorns. Ever since App Store was unveiled in 2008, he has been fascinated by the world of apps, and his peers who launched successful apps inspired him to keep his course toward the business of mobile apps.

As an engineer and a product manager, Sunny naturally learned how software products are built, and SaaS businesses function. Then while struggling through a series of difficult life events, he discovered the meditating app Headspace, which not only helped him realize how much real-life impact apps can have but also the monetization potential of wellness apps.

Eventually, all the dots led him to found Breakthrough, an app development and management studio dedicated to helping fitness coaches to productize their coaching into an app.

All of Breakthrough's partnering apps are subscription-based, and shares of those subscription fees are the most considerable revenue stream of the company today.

Breakthrough and its current 65+ clients come together on a mission to productize fitness activities by bringing in complementary assets: coaches bring in their brand and community, and Breakthrough provides the technology and app business know-how.

When investigating the fit for a new partnership with a new coach, Breakthrough searches out for substantial brand awareness and a solid follower community.

Sunny believes that coaches armed with those two aspects propose a higher chance of successful productization.

Following are some other aspect Breakthrough looks for when partnering with a new coach.

Breakthrough's business model may give an impression of an aggregator because it gathers and organizes similar content from different sources.

But Sunny points out that Breakthrough is not an aggregator but a business enablement platform similar to Shopify because instead of presenting multiple services in a single place, it provides an infrastructure for coaches to monetize and productize their service within their unshared and exclusively branded digital space.

From an end-user point of view, the subscription experience guarantees consistent content delivery. In the context of wellness applications, it plays an essential role in helping users follow through with planned programs and achieve their goals.

Tips for successfully onboarding a community onto a new app

It can be challenging to bring an existing community onto an app and help them build a new set of habits in an undiscovered space as potential subscribers rather than followers of their favorite influencer. With an unmeasurable impact of such resettlement on the community’s stickiness, many apps will attempt to improve acquisition and retention by simply offering a large volume of content. But Sunny points to the importance of putting effort into helping users identify the right motivation and clear objectives, and delivering strategically tailored content to nurture that journey.

Sunny's golden tip for successfully onboarding an existing community onto an app is to give a sense of orientation by engaging through the following tactics.

Lessons learned from the world of wellness

After years of delivering products for coaches, Sunny discovered the foundation of the tremendous growth potential of wellness apps - everyone has wellness goals whether it’s to get stronger or to sleep better.

He believes that many of those with wellness goals share two common pain points, which represent business opportunities for health and fitness apps if they can carry the right resolution through the in-app product and content offerings.

Following are some of Sunny’s tips for wellness apps on providing a roadmap and consistency/discipline to their users.

“This guy, who I've never met, he's essentially scaled himself as a coach. He's productised himself into an app, obviously him and many other people. That idea was super interesting to me”

“We give her the offer, like, "Hey, do you want to make your own yoga app? We're just going to more or less recreate Headspace, but for yoga and have all the cool features in there." That's how it kicked off. Within just a matter of months, Mary had thousands of people paying her $10 a month, $14 a month. That's how the company really started.”

“ I think our mentor business that we look to is Shopify. This is what Shopify does, where Shopify basically gives a platform for anybody to start an e-commerce store. You may go to an e-commerce website, you're purchasing candles or coffee mugs from this amazing brand, but really, it's all powered by Shopify. As a user, you don't know that it's Shopify.”

“All of these apps are subscription-based apps and in-app purchases for digital content and various other levels of tiers of access to the actual coach and teacher. First of all, the app is launched with the coach's brand on the App Store, iOS App Store and as well as Google Play Store. And we plug into the Apple and Google infrastructure for payments. Basically is if their followers are subscribing to the app, they're subscribing through an Apple Subscriptions to the app. The way really we make money is we do a revenue share with them.”

On benefits of having a follower community

“What we see is anywhere from five, 5% of the audience actually participating in downloading the app and we've even seen up to 30% of some coaches who have a following of over six figures in following. We've seen that 30% of their audience have, over time, over 12 months, actually downloaded their app.”

“In terms of retention, once we see that people have downloaded the app and they've subscribed, we actually see an 80% retention rate for certain coaches that who we have validated and we see that they have a real, true community and they're continuing to feed it. It's not abnormal for us to see an over 80% retention rate. We believe it's because of the whole 1,000 true fans concept because people really, at the end of the day, they just love the coach.”

On onboarding a community

“The first thing I recommend is listing 3-5 team members that can help you, that might be excited, that might also find this feature of win. One of the things that I just suggest is listing them out and talking to them one on one to get their buy-in. Talk about your user research findings, talk about how it ties to your goals, so you'll share your science results, and then you'll share the creative solution that you come up with, and hopefully, you can get their buy-in.”

“Waking Up of Sam Harris is an app. What they do is they have an introductory course. So it's like, "Okay, I'm going to start with the introductory course. Headspace has a basic one. "Okay, That's the first course that I'm going to do." What we figured out is, yeah, you need to give people some sort of course format that they can just jump into. And specifically in the course format, we like to rebrand it as a challenge.”

On the world of health and fitness apps

“The two things that it boils down to are that people struggle with why they're not able to achieve that, one is a majority of the people do not have a roadmap on how to achieve it…Then number two is, the second thing that we realize people struggle with is, many people will have a road map where they'll purchase a PDF guide on how to get there, but then they won't have consistency. We realize that those are the two big things that… They don't have a road map, and they don't have the consistency/discipline.” 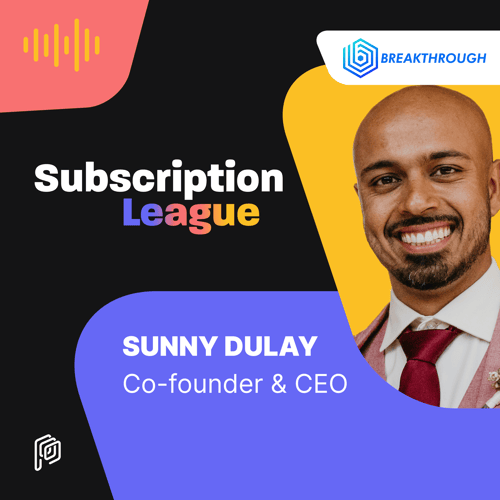 Sunny Dulay, is the Co-founder and CEO of Breakthrough, an App Builder for Wellness Coaches. He is an experienced software engineer, product manager & sales manager. Based on his personal life-changing experience with a single coach-based app, Sunny is a believer in on-demand personality-based coaching through an app. His mission is to help coaches around the world productize and scale their coaching business with an app. The Breakthrough team helps coaches in wellness niches like Yoga, Meditation, Fitness, Nutrition & Sports launch & grow their apps. The Breakthrough platform has generated $2M+ for coaching apps. Sunny lives in NYC!

Go to SubscriptionLeague.com or subscribe to our podcast on Apple Podcasts, Google Podcasts, Spotify, Podcast Addict, Amazon Music, or wherever you listen to your podcasts.

#8: Uptime - How to build a successful user-first app strategy with Léa Samrani

#9: GP Bullhound - What venture investors look for in subscription apps with Eric Crowley

#10: Phiture - How to optimize mobile app subscription with Andy Carvell

#12: BlueThrone - Product market fit, Subscription, and Other Secrets of Success by Idan Waller

#13: Aperture - Tips for Creating the Right Mindset for Business Growth by Hannah Parvaz

#15: Appic - All about subscription app onboarding with Tobias Boerner

Pollen VC funds subscription apps and mobile games with a revolving line of credit. Listen to Martin Macmillan to learn about what, when, and hows.

App Pricing Models: How To Choose The Best Pricing Strategy For Apps 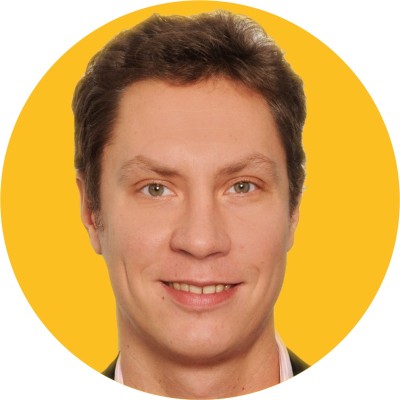