The 1st Purchasely-Amazon implementation is live and running with TRACE, a global broadcast and digital media company (through its OTT solution partner Molotov Solutions). It enables App Publishers to easily and quickly monetize their existing Android apps on Amazon Fire Tablet, Stick and TV, and, very soon, Windows 11.

Amazon, one of the best Google Play alternatives

Amazon Appstore has built into the main alternative to Google Play since its launch in March 2011. Even more so as its hardware sales have been increasing and allowing it to develop high market share in markets such as North America and EMEA and building on the awareness and penetration of its on-demand video offer, via Amazon Prime.

Offering around 500K Apps, Amazon Appstore  is smaller than Google Play, but the Amazon ecosystem is key to App Publishers as Amazon Appstore is the only way to distribute Apps to Fire Tablet and Fire TV.

Android app store alternatives have been a reality in Asia for many years. Manufacturers, such as Huawei, are preloading their own application marketplace on their devices.

Regulatory bodies on both sides of the Atlantic are also embracing the topic of public application marketplace competition - or absence of -, and the pressure to stimulate the emergence of alternative app stores is growing:

At Purchasely, we believe that the number of app stores will grow in the near future and that App Publishers will expand the distribution of their apps to many Google Play alternatives.

The increase in this distribution opportunities will mean a growing complexity for developers. Unless you use Purchasely ;o)

Amazon Appstore is an attractive ecosystem

Amazon is eager to incentivise Publishers and Developers to join its Appstore and develop a more mature offer and services to its Users.

A couple of announcements made in June are directly targeted at accelerating this adoption from by offering low-hanging fruit benefits:

Because Purchasely team had already experienced first hand the challenges distributing and monetizing Apps across 2 different Operating Systems, we took it upon ourselves to ensure keeping to date and facilitating access to all major Google Play alternatives to empower Publishers and Developers to quickly deploy In-App Purchasing to gain access to the largest addressable audience.

And Purchasely is proud to already power the entire In-App Purchases Management flow for:

And the 1st Purchasely-Amazon implementation is live and running

"With the rise of the Fire Stick and the announced partnership with Windows 11, Amazon In-App Purchasing has become a must-have for our ecosystem. We had previously integrated Apple and Google In-App Purchases for our Customers using Purchasely. When a request emerged from TRACE+ to enable In-App Purchase in the Amazon Appstore, it was a natural choice to turn to Purchasely again. They came out with the integration in a few weeks, and we were able to integrate it very easily, only building from our existing Android App. This was overall a very seamless and pleasant experience knowing that it also involved a full switch and migration of users."

“As a backend engineer, implementing the Purchasely server-to-server webhooks was really simple and straightforward. We started with the Google and Apple stores, and there was no comparison in terms of development effort between implementing Google/Apple IAP hooks and Purchasely hooks. That was a real time saver. Later on, Purchasely added the Amazon Appstore support, and I had just nothing to do, it worked right out of the box.

As for the migration of our users’ purchases, the process was really smooth and the Purchasely team was available to guide us through the migration efficiently, for the Amazon Appstore and the other stores as well.”

"We support Amazon In-App Purchasing for the past 5 months as our Android SDK is Amazon-ready since the beginning of May. We also have the unique capacity to import pre-existing subscribers if any. The project with TRACE and Molotov Solutions includes a successful migration phase of thousands of subscribers.

We have many customers in the media industry and we want to offer them the largest cross-platform solution. By design, our Android SDK has the capacity to connect Apps to many stores. As Amazon Appstore is an increasingly important player, we wanted to integrate it very early, well before the announcements of Windows 11 compatibility, which made this choice even more relevant.

By being the first to support both Amazon and Huawei, Purchasely demonstrates its technological leadership among the In-App Subscription ecosystem."

Dozens of new US apps from categories such as Health & Fitness, Education, Social are powering their In-App Subscription with Purchasely's growth... 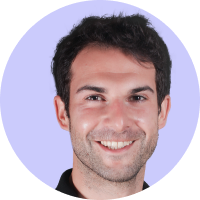 How to improve your subscription funnel: Purchasely's CPO Jeff Grang and Andy Carvell Partner at Phiture will be on stage to share top tips