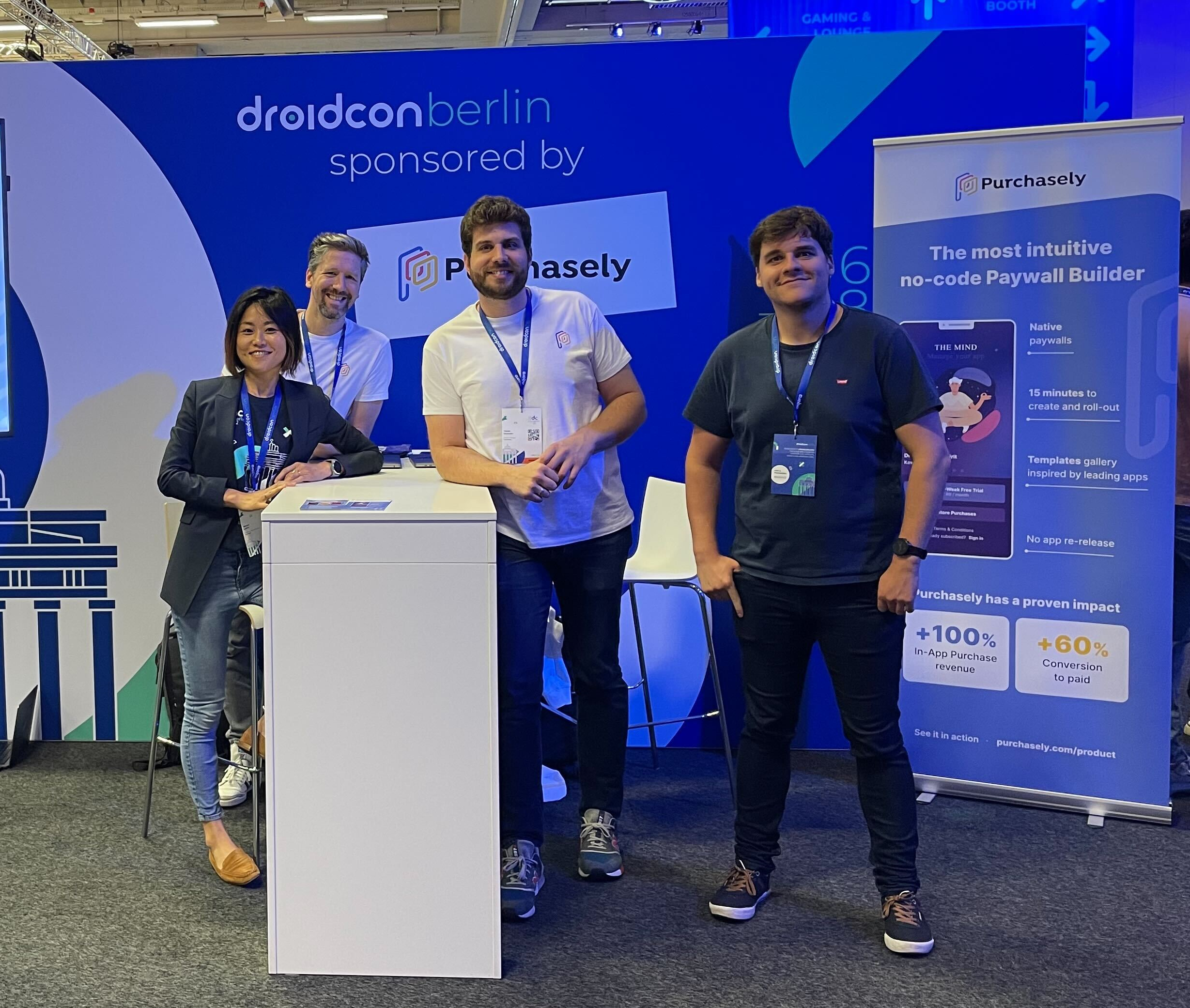 At this year’s droidcon Berlin, Purchasely stood out in the crowd of Android enthusiasts as the only In-App Subscription expert. Check out our top takeaways from the main event, our booth, happy hours and parties, and more.

Last week, the Purchasely team was at droidcon Berlin

Purchasely was a proud sponsor of the event alongside some leading Android experts such as TOUCHLAB and Amazon App Store.

droidcon Berlin 2022 took place on July 6-8 and brought together more than 1300 attendees over 3 days. The 13th edition of droidcon Berlin, the mother of all droidcons, drew the Android community from all over the world with an impressive list of speakers and sponsors.

Attendees were inspired by over 95 sessions on 5 tracks led by leading Android experts. They also visited startups, scaleups, and major brands at their booths, networked with fellow community members, and enjoyed the cool and enthusiastic vibes with nice music, food, and games everywhere.

Purchasely booth was at the entrance to the Sponsor zone and was a neighbor to Delivery hero, REWE digital, and mobil.dev. Our team in Purchasely t-shirts and a big screen playing our latest clips grabbed people’s attention on the way in and out.

Dozens of android developers and software engineers approached us with the same question, “what does Purchasely do?” and then left the booth amazed and curious. The most discussed topics were Purchasely’s customizability, no-coding environment, and lightweight SDK. 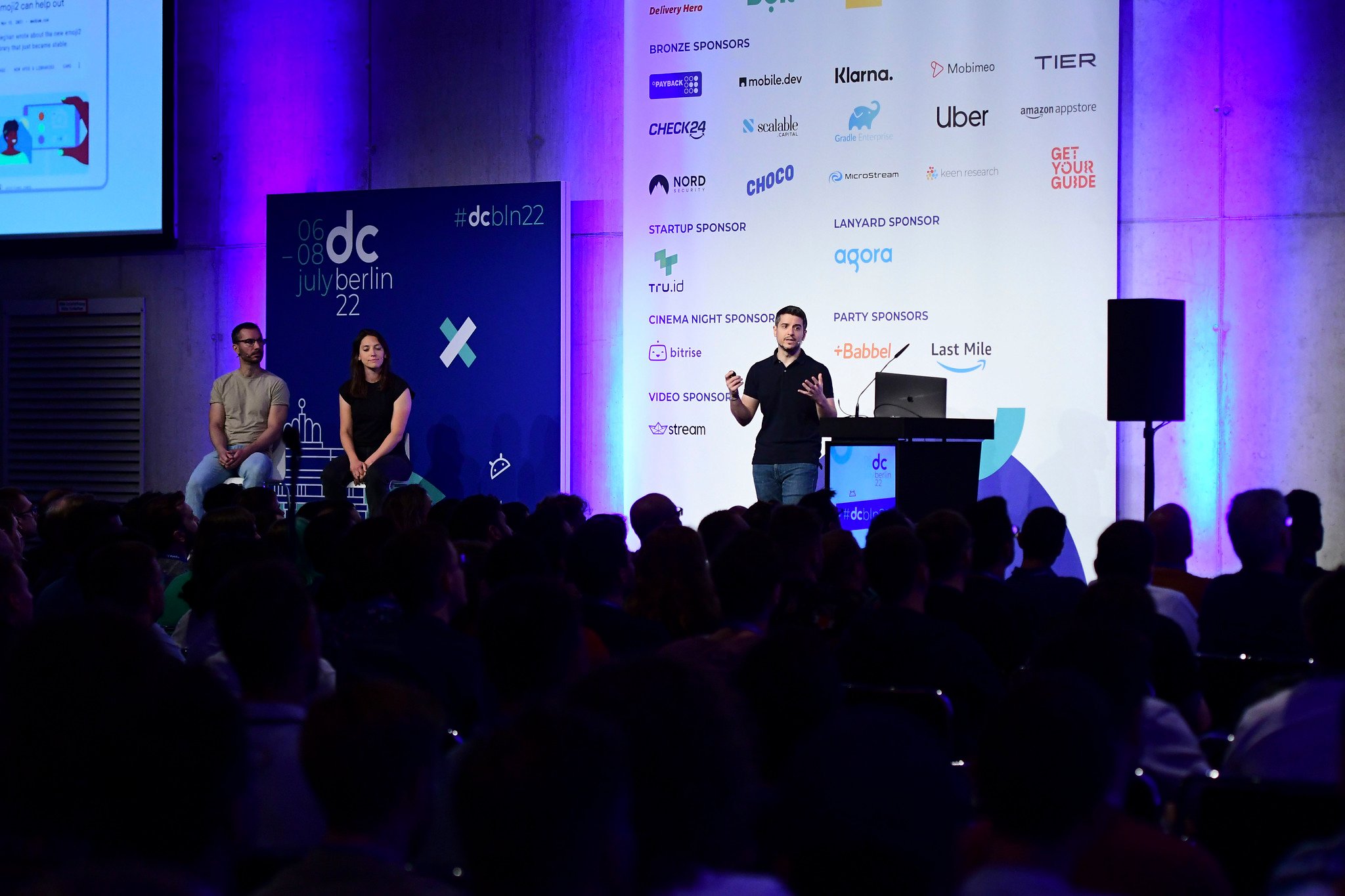 The conference lifted its curtain with a terrific keynote: Now in Modern Android by Jose Alcérreca, Florina Muntenescu, and Wojtek Kaliciński from Google. The talk stressed how “Modern Android” is about ever-evolving guidance, libraries, and tools coming from both the Android team and the community. The talk examined some of the latest developments across Jetpack Compose, Material Design 3, new architecture and testing recommendations, new tools, and build optimizations.

The three speakers also walked the audience through ‘Now in Android’ - an open-source platform that covers library and platform releases, articles, videos, podcasts, samples, codelabs - whatever seems relevant and exciting for Android developers. For two years, 'Now in Android' has been a popular blog and YouTube series, providing the latest and greatest developer news from the Android team. The alpha version of the Now in Android app is now available on GitHub!

UI for Small and Big Screens 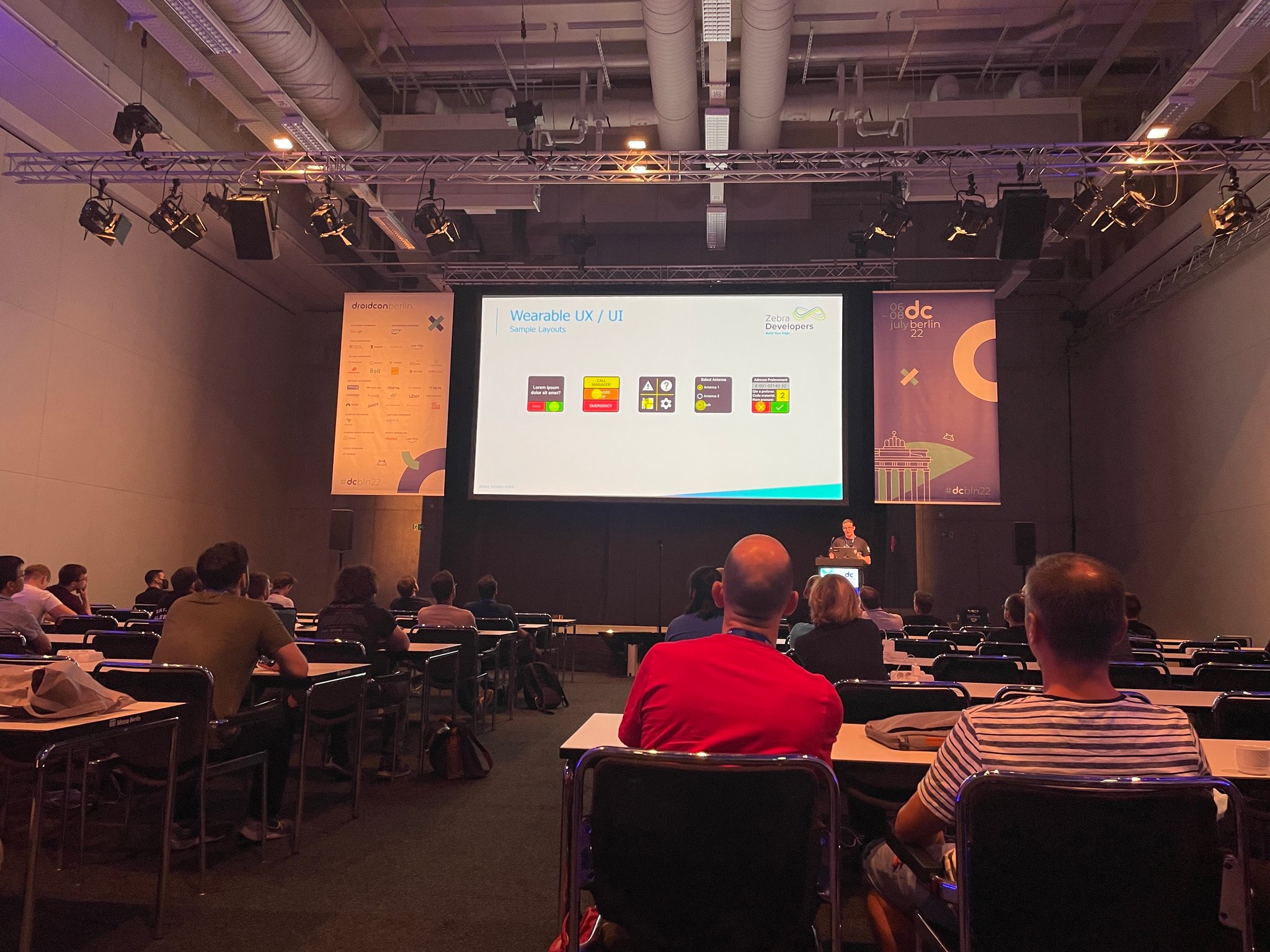 As a provider of a platform that cares about display adaptability, we couldn’t help but take a seat at the session ‘Creating Application for Small Screen, Low Memory Android Wearable’ presented by James Swinton-Bland from Zebra Technologies. The talk’s main focus was put on wearable devices and memory and battery management, which were less relevant topics to Purchasely’s interest. But the part regarding UI Design such as the size of buttons, colors, and content to be used for smaller screens captured our attention.

A talk for self-perceived impostors and their friends

A non-tech session ‘A talk for self-perceived impostors and their friends’ presented by Zsolt KOCSI from Bumble was a pleasant surprise after the 3 days of full-on tech talks. He explained about 70% of individuals experience imposter syndrome at least once in their life. He also shared some practical and wholesome advice for individuals, teammates, and communities of developers on how to cope with it.

Our key takeaways? If you are affected by the syndrome, find a career mentor. If you see anyone experiencing it, give recognition. As a community, work on team building!

In-App Subscriptions for all Android devices

Purchasely’s Head of Mobile and Android guru Kevin Herembourg stood on the stage on the second day to talk about In-App Subscriptions. He demonstrated how the ecosystem is dominated by Google and introduced opportunities that lie ahead for other third-party app stores.

Here are full session slides to learn more or click on the image below. 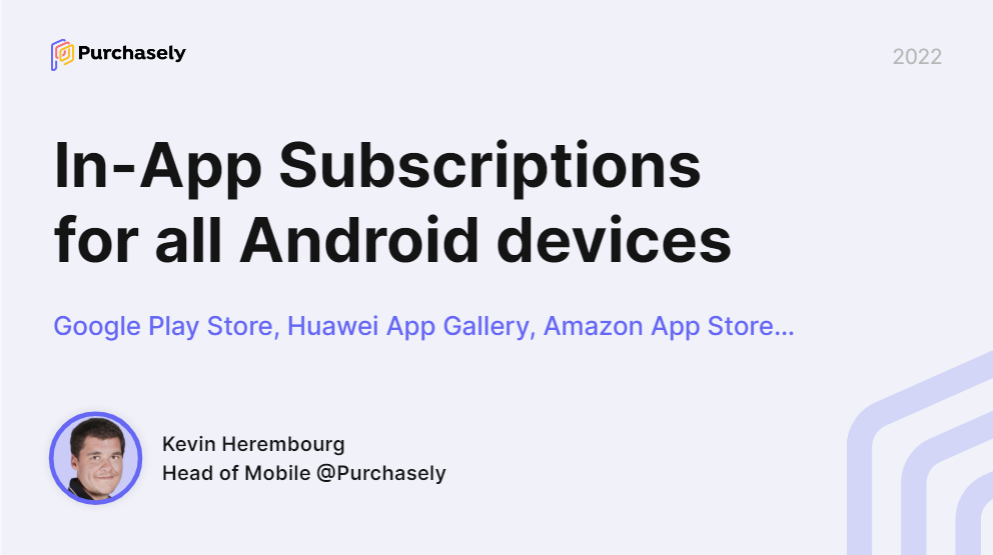 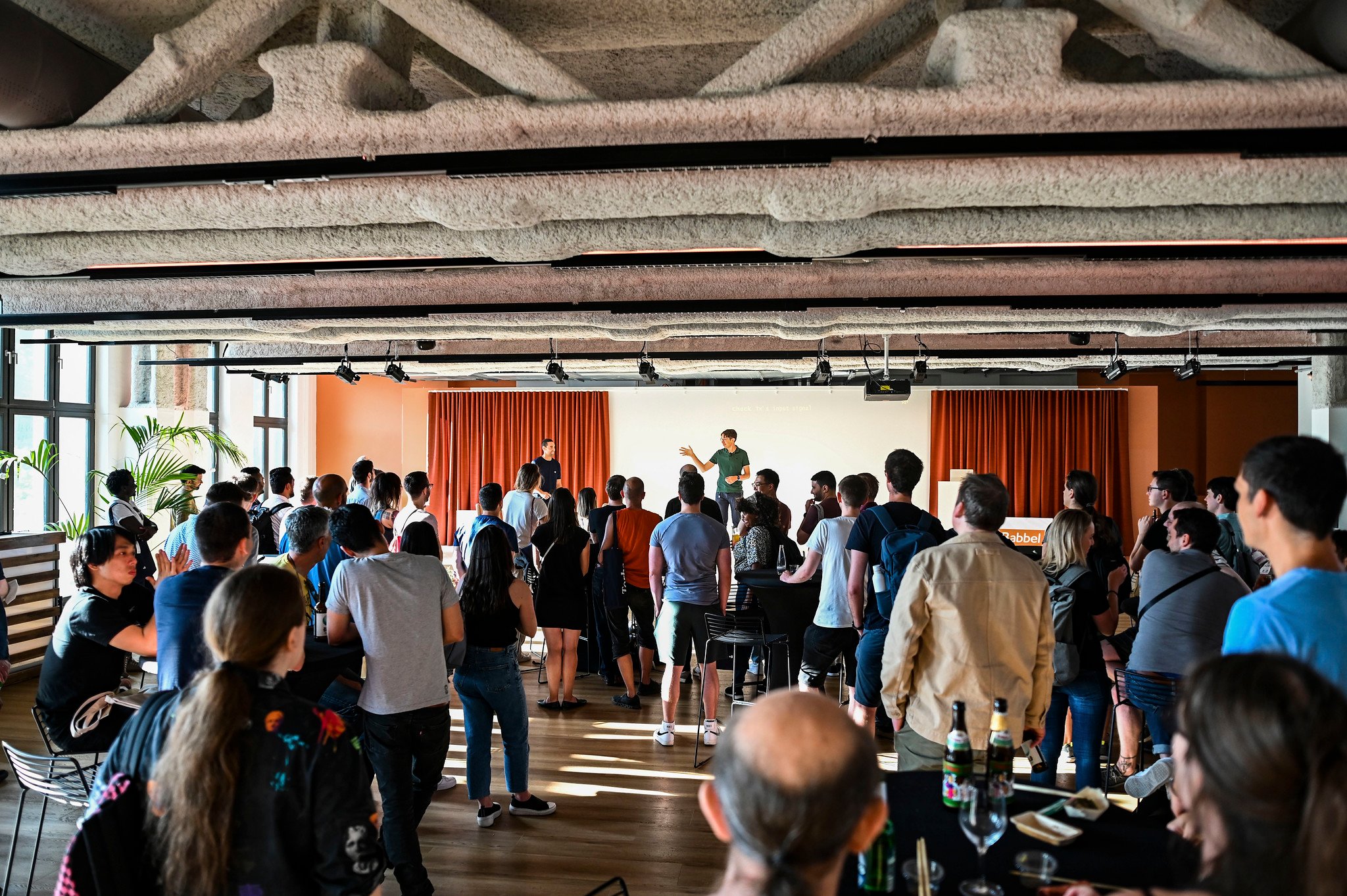 Although droidcon is famous for being a highly educational event packed with back-to-back sessions, the conference squeezed in just the right number of unpretentious happy hours and parties from the start to the end. On July 5, speakers who were fortunate enough to arrive in advance were welcomed at the exclusive pre-event party organized at Babbel HQ. Then the next day wrapped up with a relaxed on-venue party with a DJ, bottomless beers, wines, and pretzels - the German style! 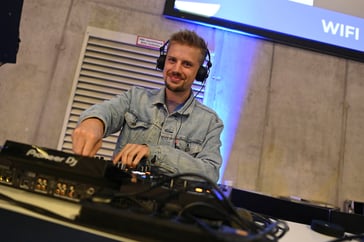 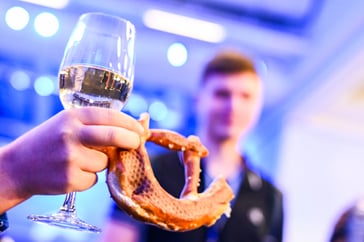 On the second day of the official event, Bitrise hosted a movie night with popcorn and drinks. Unfortunately, Purchasely team, especially Kevin who talked on the stage that day, was too tired to join. But what an excellent idea to add a movie night to a hectic conference schedule! Who’s seen Sandra Bullock’s ‘The Net’?

Another highlight of droidcon Berlin 2022 was definitely the gamification experience. Video games, trick boards, table tennis, mini-golf, message board, and what were the other ones? The tech show boasted the proper techy vibe with various icebreakers installed throughout the venue.

We were impressed by the national diversity the event managed to reach. The audience and the speakers from the UK to India, Poland to Estonia to Armenia, and Greece to Latvia gathered in one place for one common interest - Android. Although the overall proportion of women among the participants was unfortunately low, we noticed some efforts on gender diversity on the stages. 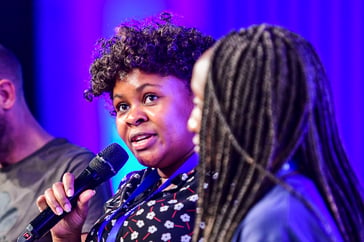 Droidcon Berlin was clearly an event for developers. The conference was made up of highly technical talks and workshops around topics like core Android development, testing methods, development for wearable devices, Android Automotive, and the famous Kotlin. The vibrant atmosphere and concentration of ideas were refreshing and inspiring.

Also, it was a unique opportunity to share our knowledge as mobile growth experts and reassess the Purchasely platform through the eyes of the global developer community. So droidcon and the beautiful Android community, we will see you again, next time in London for droidcon London 2022!

MAU Vegas 2022 recap - What happened in Vegas, we are telling everyone!