ASO and In-App Purchase: how to boost the visibility of Subscriptions?

How to implement and optimize Promoted In-App Purchases and track your performance: some tips from Checkaso and Purchasely.

This is a joint article written by the Checkaso team and Purchasely. In this article, we'll tell you how to make the best out of IAPs (In-App Purchases). Few app developers know that App Store indexes IAPs, and even fewer have a clue by what keywords they're commonly indexed. Let's talk in detail about how to implement and optimize IAPs and track your performance.

In-App Purchases indexing in a nutshell

There are two types of IAPs: Regular and Promoted.

The regular IAP is available inside app-only while the Promoted IAP can be listed in search results. Each Promoted In-App Purchasely can have a title of 30 characters and a description of 45 characters. See some examples in Purchasely's article "Improve your visibility and conversion on the App Store".

The best way to optimize an IAP for app store algorithms is to use relevant keywords in the title. Besides, the title should convey the IAP idea. You can promote up to 20 IAPs at a time.

Promoted IAPs may appear on your app page in the tabs Today, Games, or Apps (IAPs can get featured) as well as in search results. While in search, an IAP can follow the actual app, have a gap with it, or even appear on its own.

The ultimate goal of every app developer and App Store Optimization specialist is to squeeze the competitors out and occupy the search results screen.

Checkaso analysis based on its In-App Purchases tool:

The PREQUEL app has only one promo In-App with an annual subscription. Its title ‘Aesthetic Editor’ contains several keywords, but they are not popular. That’s why In-app hits the top 1-5 for 32 keywords mostly with low-frequency. It is worth trying to use more popular words in the title of the Promoted In-App Purchase.

How to implement Promoted In-App Purchases?

Each Promoted In-App Purchase is associated with a Promotional Image that represents it. This image appears in search results and your App Store product page.

This promotional image may be:

The App Store will scale down this image to adapt it to screen with small sizes.

The Purchasely platform is fully compliant with Promoted In-App Purchases (see more in the Purchasely documentation):

How In-App revenues will increase by optimizing Promoted IAP?

Don't expect an increase in purchases because of a better In-App Purchase ranking in search results. This may affect your app's revenues, but indirectly. There is no direct cause-and-effect correlation. The fact is that users who search for an app on the App Store are not yet motivated to buy anything. But it does affect the long-term strategy.

The main advantages of the In-App Purchases promotion are:

1. Promoting In-App Purchases helps you to get more space in search results and squeeze your competitors out of there.
2. Thanks to this, app conversions will increase. Installs in turn lead to more purchases.

In a case study for Business of Apps, Checkaso showed how the number of downloads of the app increased in different countries. For example, by 15% in the Czech Republic and 85% in Italy. You can read more here.

How to promote IAPs: some tips 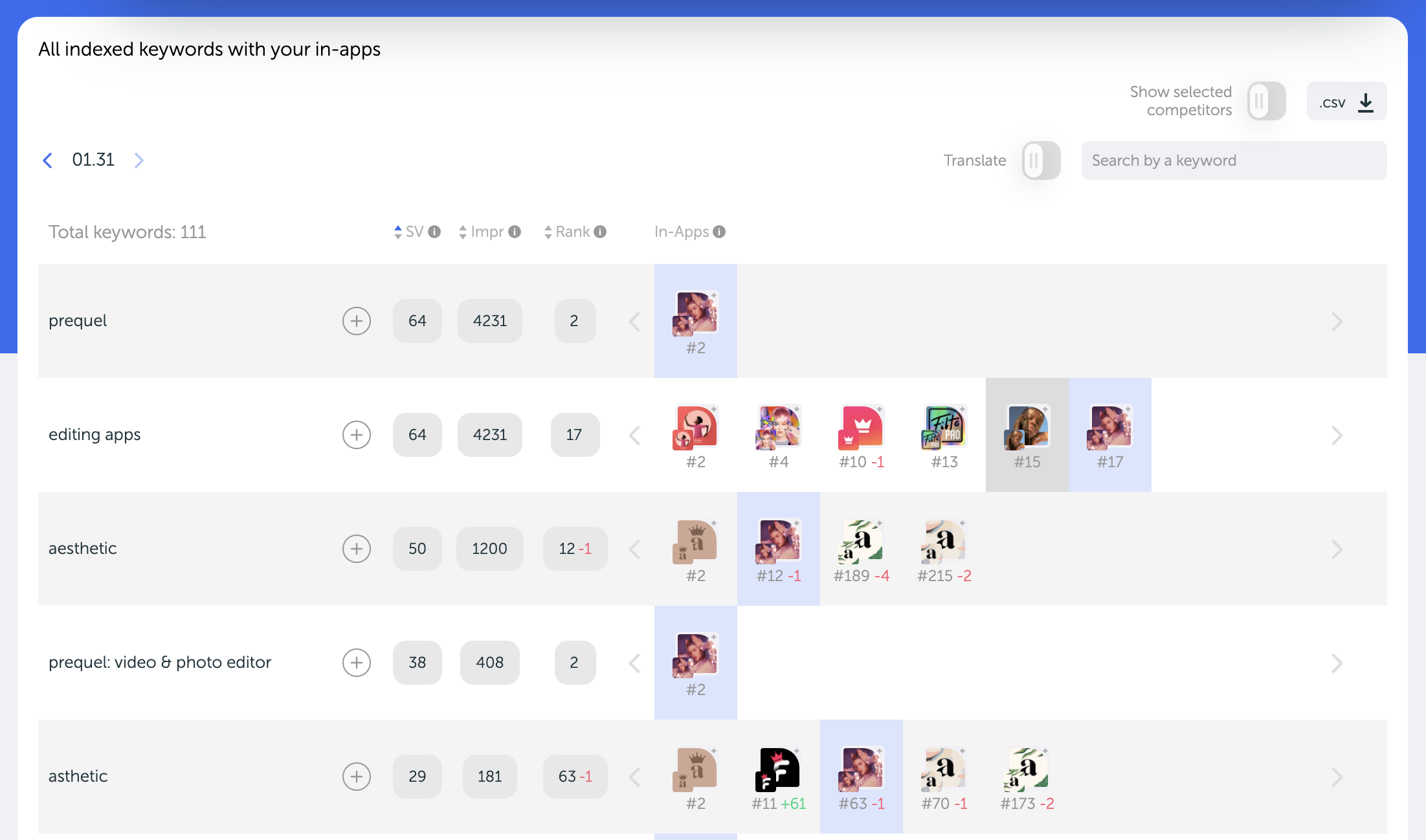 Checkaso analysis based on its In-App Purchases tool:

Using filter by keyword popularity (SV – Search Volume), anyone can see that PREQUEL’s promo In-App is indexed only by a few popular queries and is facing strong competition on "editing apps" searches.

How to analyze IAP optimization success?

So you've worked on the ASO (App Store Optimization) of your In-App Purchases, how do you analyze the results?

Some concrete examples of ASO applied to Subscription Apps

The Checkaso platform provides many data about Promoted In-App Purchases. Let's have a look at some performances of Promoted IAPs from Anime Digital Network, a leading streaming app in France. ADN is a Purchasely customer since April 2021. 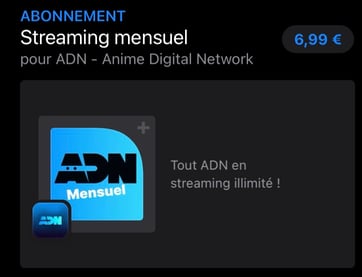 Thanks to Checkaso platform, we are seeing that the Promoted IAP related to the ADN's Monthly subscription is very well positioned from an App Store Optimization point of view. 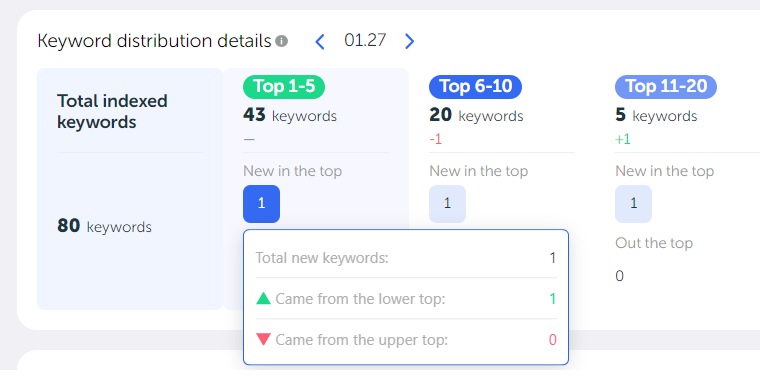 This great ASO performance of the ADN's Monthly Promoted IAP is very stable across time.

The other Promoted IAP related to ADN's Yearly Subscription is showing low-hanging fruits as it is today less well indexed on that specific streaming keyword.

Learn about Tipstop's bold move to put behind a longtime DIY investment for streamlining the entire business model with the right tool in two weeks.

In-App Purchases: the ultimate guide to the perfect use

Learn how to master the use of In-App Purchases and In-App Subscriptions on iOS and Android. 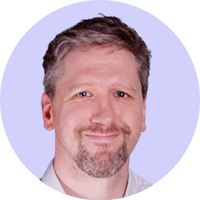 The 50 Most Successful Examples of Apps with In-App Purchases

Learn how app developers use In-App Purchases to maximise revenue and discover the top-performing apps with in-app purchases in each category.