So you’re ready to build your mobile app. The question is: which is the best framework to use? In this article, we’re going to take a look at mobile app development frameworks outside the native languages of the iOS-Android platforms.

What is a mobile app framework?

They are templates or fundamental structures that facilitate the work of developers as they build and optimize apps. By working within these rule-based templates or frameworks, it means developers are restricted in a way that helps them avoid making time-consuming programming errors so they can work faster and more efficiently.

Let’s look at a quick example.

Imagine you wanted to build a house. If you did it with your bare hands, it would take a long time, you’d likely make many mistakes, and the result might not be what you were looking for. Instead, you’d hire experts to stop you from making mistakes and use machinery to speed up the work.

This is similar to how a framework functions. It is the ‘machinery’ that helps speed up the process of app development. While each framework is created and constantly tested by ‘experts’, i.e. software developers and engineers, to ensure it keeps your own app development on track.

What are the benefits of a mobile app framework?

App development is a time-consuming process. Frameworks help to cut development time down, which frees up developers to focus more of their time to work advancing code more precisely and shortening time to deployment, whether it be for prototypes or an app launch.

Another benefit is that by using frameworks, you can avoid annoying and avoidable bugs and errors that can often occur when writing code. That’s because frameworks don’t create elements from scratch but typically use pre-built patterns and scripts.

In terms of how applications work, mobile frameworks can usually be divided into three types:

Now we’ve covered the basics, let’s dive into the frameworks themselves.

As mentioned above, we’ll be focusing on hybrid app development frameworks outside the native languages of the iOS-Android platforms as these are the dominant frameworks used today - especially Flutter and React Native.

React Native is an open-source UI development framework created by Meta (formerly Facebook). It combines the best parts of native development with React, a best-in-class JavaScript library for building user interfaces. The libraries offer fast and consistent development experiences for both Android and iOS apps. Prominent businesses like Airbnb, Skype, and Amazon Prime are all built using the React Native framework.

The major appeal of React Native is quick development and implementation time.

Xamarin is an alternative open-source platform for building mobile apps for iOS, Android and Windows that is Microsoft-owned. It’s developed using the C# language, which requires fewer lines of code, which helps developers build products faster.

Xamarin enables developers to share an average of 90% of their applications across platforms. It means developers can write all their business logic in a single language but achieve a native look, feel, and performance on each platform.

Apache Cordova - previously PhoneGap - is a developer-friendly mobile app development framework. It allows you to use HTML5, CSS3, and JavaScript for cross-platform app development.

Apps execute within wrappers targeted to each platform, and rely on standards-compliant API bindings to access each device’s sensors, data and network status.

The Cordova plugins enable developers to use smartphone hardware features like GPS and cameras to give users a native-like experience.

Ionic is a complete open-source framework for building modern, high-quality cross-platform mobile apps from a single code base. Developers can create apps for iOS, Windows and Android.

Ionic allows developers to use several user interface elements such as filters, forms, views, and navigation menus in their app designs. It can also be used to create Progressive Web Apps (PWAs) and hybrid apps.

NativeScript is another open-source framework. This framework is best suited for developing with Typescript, Angular, JavaScript, CSS, and Vue.js. It helps speed up app load times and cuts down development time.

Businesses like to use NativeScripts because it offers comprehensive backend and business support as well as cross-platform development. NativeScript framework’s APIs are similar to Xcode and Android Studio. It also allows you to develop Android and iOS apps from a single source code.

Framework7 is another open-source framework that’s one of easier to learn and use. You can build mobile, desktop, and web apps with a native look and feel. It’s also an indispensable prototyping tool to show working app prototypes as soon as possible.

One of the key advantages of Framework7 is its stunning set of out-of-the-box UI components and widgets like dialogs, popups, action sheets, list views, tabs, side panels, layout grids, and lots more.

JQuery Mobile is an HTML-5-based UI framework designed to make cross-platform and responsive websites and apps. It’s built on the jQuery and jQuery UI foundation and offers Ajax navigation with page transitions, touch events, and various widgets. Its lightweight code is built with progressive enhancement and has a flexible, easily themeable design.

JQuery Mobile was one of the most popular mobile app development frameworks with customizable templates. Most jQuery-based plugins and scripts work on pages without requiring any changes to the HTML code.

Be careful: Since the end of 2021, JQuery Mobile is no more supported. Read here for more information.

5 Examples of apps built in Flutter:

5 Examples of apps built in React-Native:

5 Examples of apps built with other hybrid development frameworks:

What about no-code app builders?

Great question! A no-code app builder is exactly what it sounds like: a development software that allows users to build fully functional apps without knowing code. These platforms typically use visual editors with drag-and-drop elements that have been pre-coded. With no-code app builders, it means you don’t need to rely on just software developers to build your apps.

Some of the key benefits of using a no-code app builder include:

What are some popular no-code app builders?

These days there are lots of no-code app builders to choose from. Here’s our pick of some of the best:

GlideApps is a no-code app builder that transforms data from spreadsheets like Google Sheets and Microsoft Excel into mobile apps for iOS and Android. They have hundreds of ready-to-go templates to choose from, you can share apps with a link or via a QR code, and the only thing you need is your spreadsheet!

Bravo Studio is another no-code builder that puts design first and allows you to build apps for iOS and Android. You can also use Bravo to develop more complex apps by connecting your designs to external tools via APIs.

Adalo lets you build web and mobile apps for iOS and Android. They enable people who want to build apps but can’t code with a platform that “makes creating apps as easy as putting together a slide deck.” It integrates with Zapier and 1500 other apps and has lots of ready-made components like lists, forms, payments, navigation, buttons, and more.

Bubble is a no-code tool that lets you build SaaS, marketplace and CRM web apps. With Bubble, you can connect to any API, customize the UX logic, and use dynamic content. It also enables apps to scale easily without having to make many technical changes.

Purchasely is compliant with all mobile app development frameworks

The In-App Subscription Growth Platform provided by Purchasely is compliant with the most used app development frameworks.

We provide native SDKs for iOS and Android to deploy In-App Purchases and In-App Subscription. Read our technical documentation:

The Purchasely is also compliant with:

Book a 30-minute product tour with one of our experts to discover how to implement In-App Purchases and connect your app to multiple stores.

This article is reviewing the mobile app development frameworks that are available outside the native languages of the iOS-Android platforms.

Purchasely launches its Firebase Extension that empowers new apps to deploy Subscriptions in less than 24 hours without any backend resources. 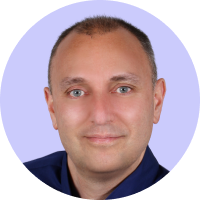 20 newsletters to sign up: Essential guide for mobile developers and app marketers